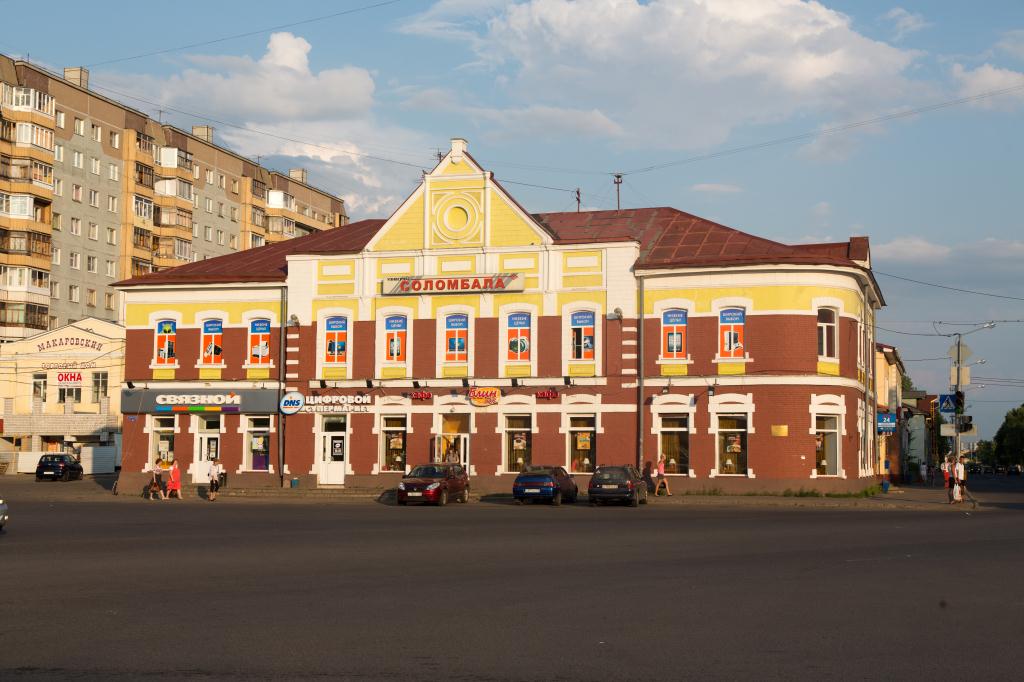 This two-story brick building in the center of the square even now stands out against the whole surrounding buildings and draws attention to itself. In was built in 1890 in eclectic style. Its facades are richly decorated; the central part is marked by a triangular attic with a round window.
In the beginning of the 20th century, after the dockyard was eliminated, the new business  center of Solombala began to come together architecturally at the intersection of Nikolsky pr. and today’s Terekhina str. The square was filled with wooden strip malls and small shops and the main building was the Makarov brothers' Trade House.
The founder of the Makarov merchant dynasty was a former soldier Parfenty Makarov who went into trade in fancy-goods. His sons Vasily and Yefim inherited his helm. Both had many children. Vasily Parfemtyevich had three sons: Nikolay, Alexander and Fantin who founded the partnership “V.P. Makarov Trading House” in 1900. Yefim Parfentyevich had three sons: Yakov, Grirory and Vasily but they did not leave the same imprint on the life of the city as Yakov Yefimovich Makarov did.