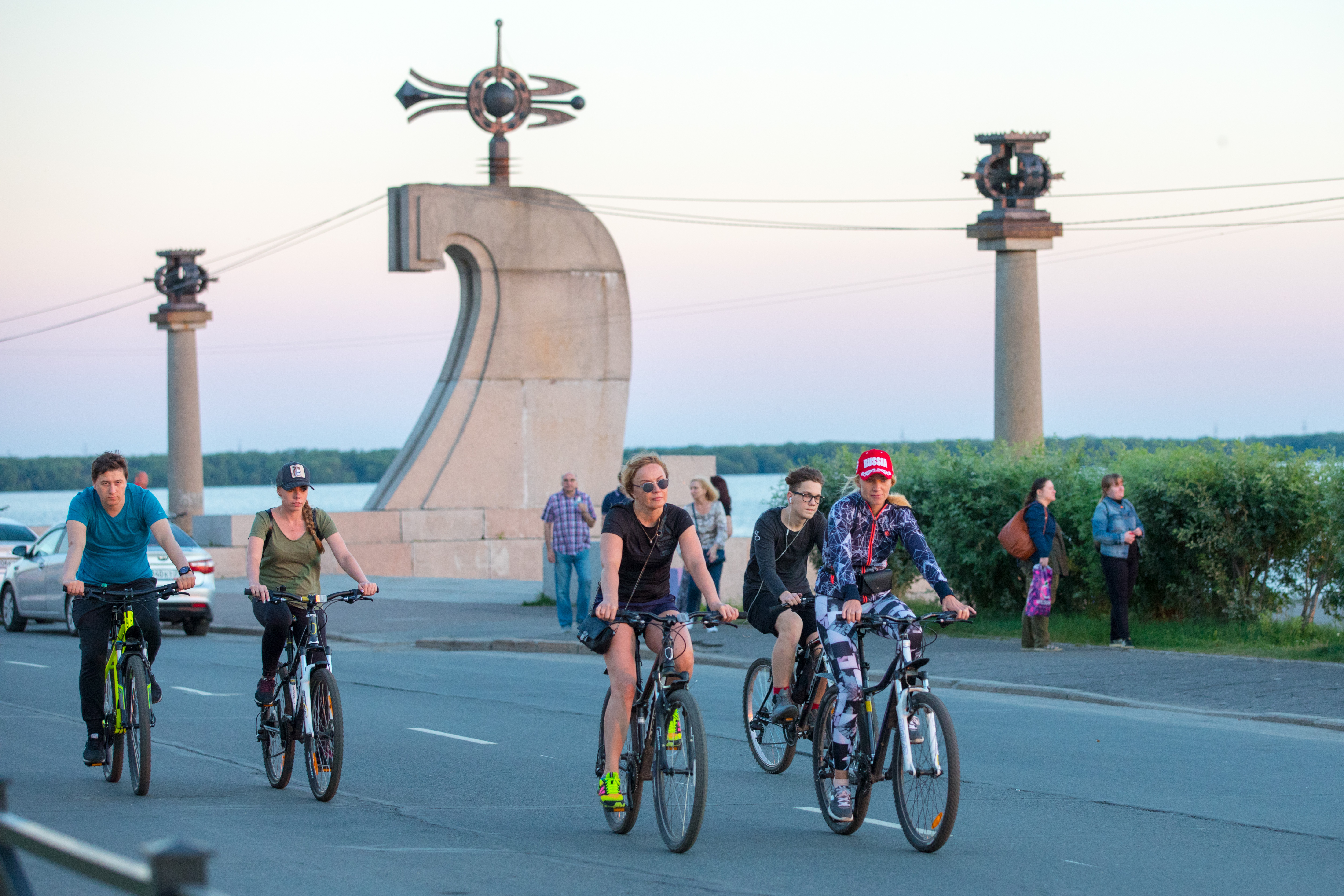 This central stella symbolizes the nose of a boat tied to the shore. At the base of the signpost there is a memorial placard which it written: “On this spot in 1584 on Pur-Navolok, Arkhangelsk was founded as the first sea port in Russia.
A new city on Northern Dvina was founded after Ivan the Terrible’s Act on “Protection and Trade”. In ancient Russia a reinforced settlement – a fortress – was called a city. It was decided to build a city on the high cape Pur Navolok where the Northern Dvina pours to the White Sea splitting into several streams. However, neither the fortress, nor the settlement around it were created on empty ground. Already in the 14th century (in other versions – the 12th century) the Mikhailo-Arkhangelsky Monastery was founded here, hence the name given to the city. According to a biblical legend, chief strategist Michael was the leader of the divine army in fight against the devil. This legend was secularized in Russia: Michael was honored as the defender of the motherland, and Archangel Michael wielding a sword as a weapon became part of the symbolism of the Arkhangelsk emblem. Stella was built in the Soviet period. However, an keen observer can find an element reminiscent of the spiritual patron of Arkhangelsk in it. Was it a secret idea of the talented author who created the project in militant atheistic times? One can only guess.