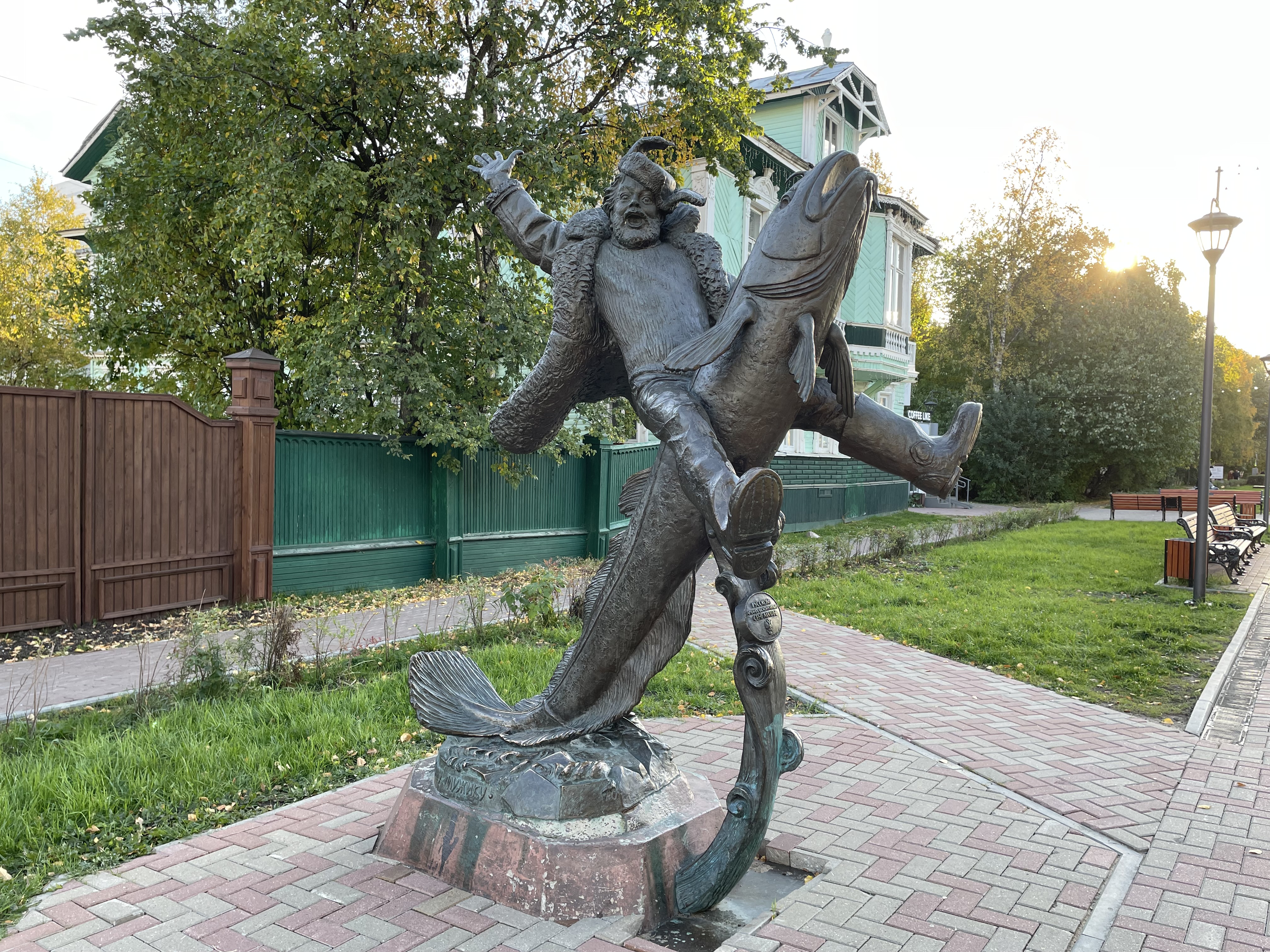 “Stepan Pisakhov’s fairytale hero Senya Malina comes from among Arkhangelsk men, and that is why we decided thus to name the monument” – said artist Sergey Sukhin about his work. In his wide-open coat, his hat with earflaps cocked dashingly to one side and his stitched felt boots he is riding not a pike, and not even a catfish as many people think. He is straddling an eelpout – isn’t he a "Northern Munchausen"? “Nalim (eelpout) Malinych” – this is the name of one of his fairytales. In 1988, fairytales by S. Pisakhov and Boris Shergin were made into a cartoon version called “Laughter and Tears by the White sea”. In this cartoon Senya Malina employing the unforgettable voice of actor Evgeny Leonov tells Pomors in a trade house about how in Arkhangelsk polar bears sell milk, and that in frosty weather people hurl frozen words at each other, and dry out the northern lights for winter. It is true – go figure wherein lies the truth and wherein lies the fiction. In a nutshell, “if you don’t like it don’t listen”.