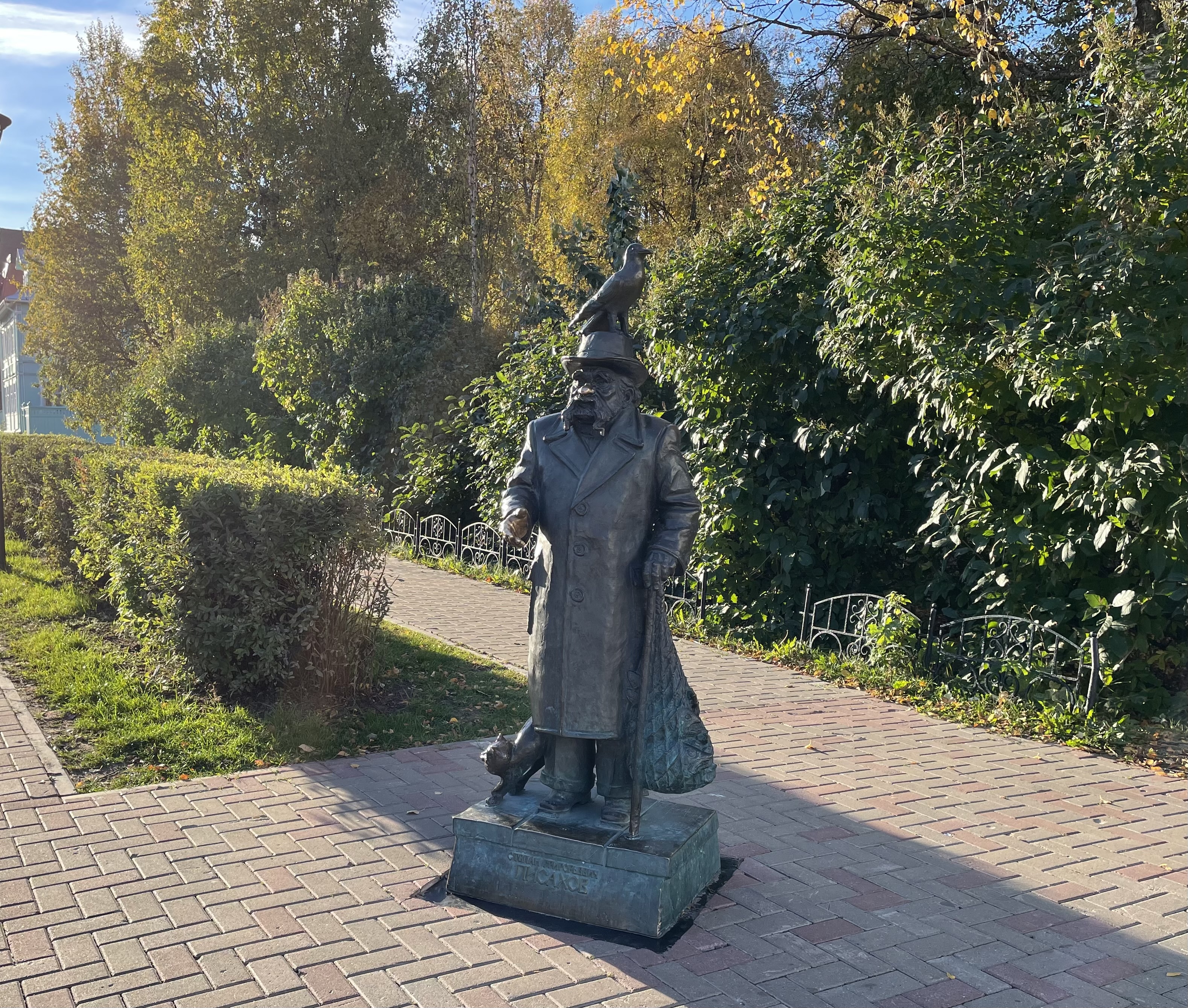 “Hello, good people!” – this is how the Arkhangelsk artist Sergey Sukhin called his work. He insists that it is not a monument at all but rather Pisakhov’s portrait in bronze. He is coming back from the market carrying fish in his net bag – flounder, herring and for sure cod. A cat is sweet-talking at his feet. Instead of base there is a wooden boardwalk which shows authenticity and spirit of old Arkhangelsk. Stepan Pisakhov’s name is known to everybody in Arkhangelsk from babies to adults, and thanks to a cartoon “Laughter and sorrow by the White Sea” where his fairy tales were told on screen, he was loved by all of Russia. Being an artist, a fairy-tale writer, an explorer of the North, a traveler he jokingly called himself “one of the sights of Arkhangelsk”. The house where the writer lived stood nearby and long-term residents remember him walking along the street on his way back from the market. The same old man, in his long-fangled coat and a hat but already made of bronze now, almost a half century later he appeared on Pomorskaya street and caught the fancy of Arkhangelsk people immediately, because not only is it okay to take a photo with the storyteller, but you can even shake his hand and rub the cat’s ears too....