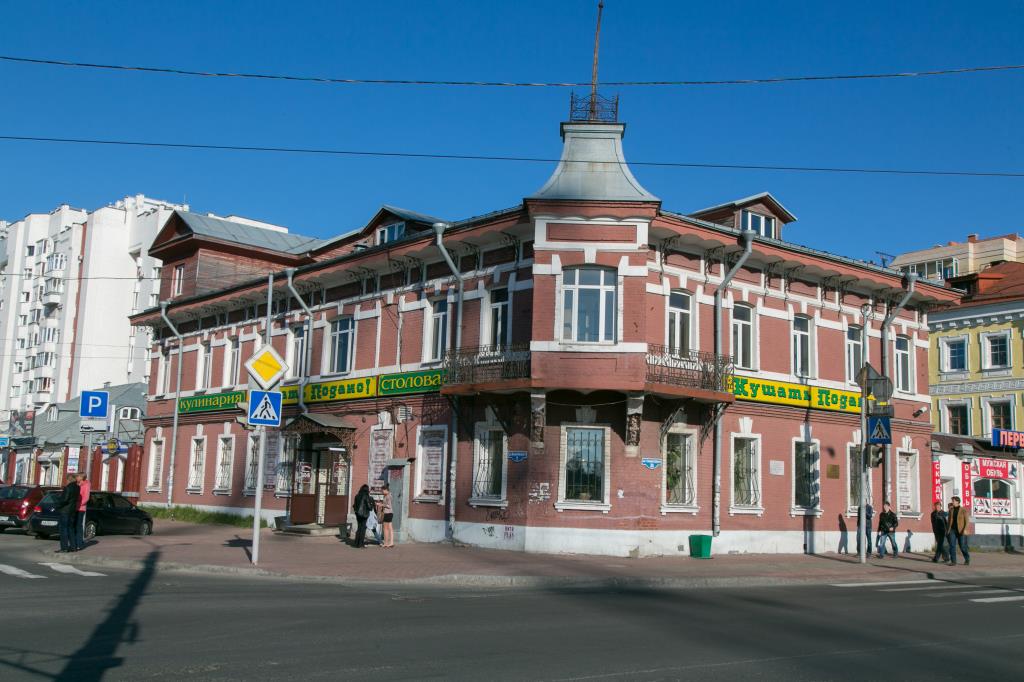 The two-story red-brick house on the corner of Vyucheysky str. with corner bay-window is a good  example of early 20th century architecture. Of special note is the expressive roof with a pyramid tower topping the corner bay-window. The building belonged to Yakov Belyaevsky, a  powerful Arkhangelsk merchant. After nationalization, the house held the offices of the Arkhangelsk Department of Vneshtorg (Foreign Trade), and then it was turned into communal apartments. In 1929-1930, the writer Arkady Gaydar lived in one of the rooms and there is a commemorative plaque there to that effect. For this reason the locals call this house "Gaidar’s House". He worked as a journalist for the newspaper “Wave”, wrote a great deal of essays and satirical articles, and it was here that he also finished his work at an short autobiographical novel called “School”.