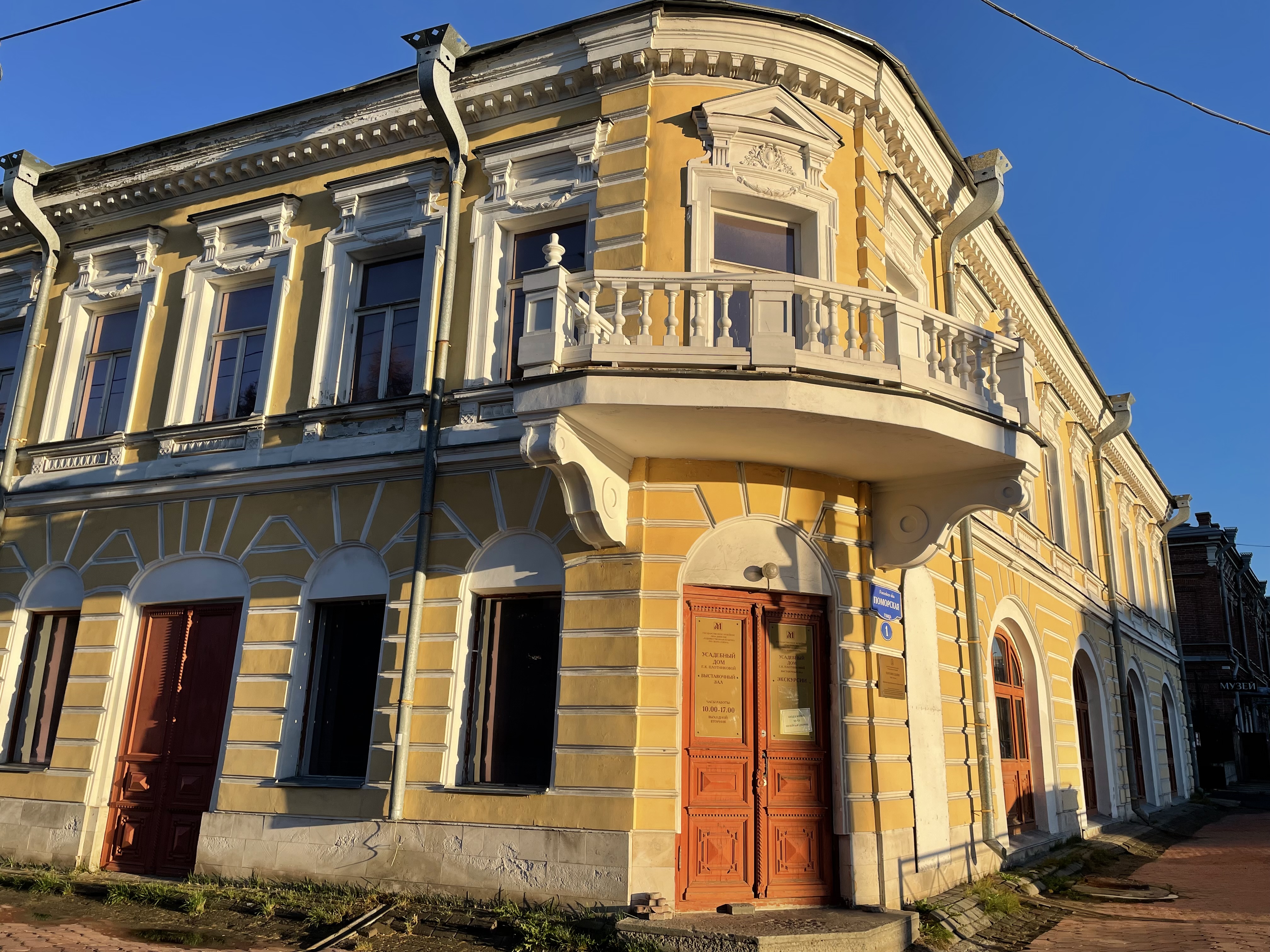 The manor of the famous merchant Ekaterina Kirillovna Plotnikova is one of the most interesting architectural monuments of Arkhangelsk, because here are all the interior ornaments from the end of the 19st century – tiled ovens, inlaid parquet, painted dome lamps and stucco molding on the ceiling have been preserved. Construction on the house began already at the end of the 18th century. And the place where it is built is mentioned in Dvina’s 14th century chronicles and was used for storing all different kinds of goods.
The stone two-floor residence stretches along the pier. On the first floor there were shops and warehouses. The second floor was inhabited. Now one of the museums of the “Artistic culture of the Russian North” is housed here.