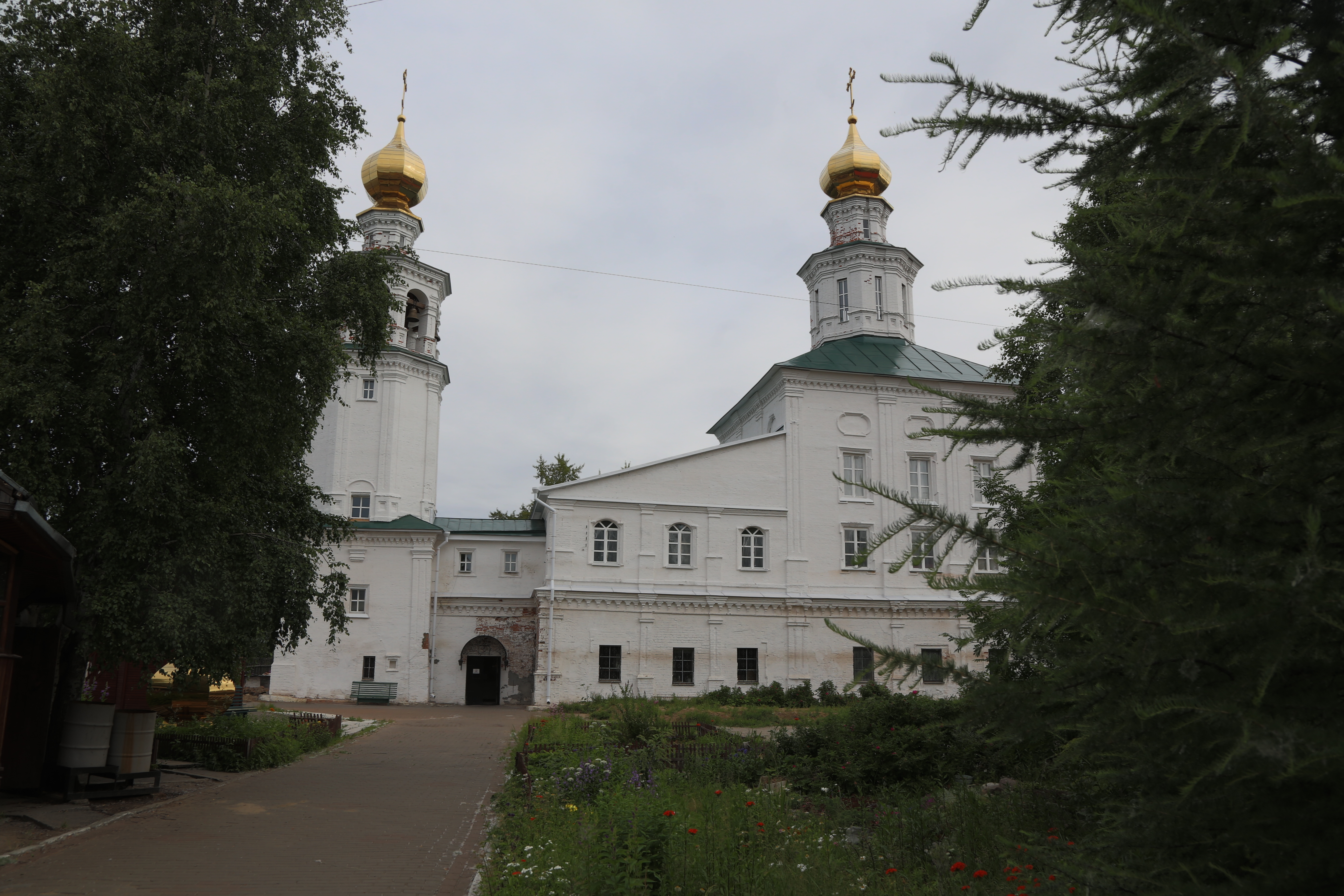 Holy Trinity Church is the oldest of the remaining churches in Arkhangelsk: church services have been held here for more than two centuries. In 1747 building of the church was completed and the Archangel Michael side altar was blessed; later in 1764 the Upper Trinity Church was blessed. The congregants were mostly soldiers. During the Soviet period Trinity Church faced the same destiny as the majority of Russian churches: utensils and valuables were confiscated, the building was deprived of its domes and the bell tower –  its upper layer. In 1930, the church was reequipped to become a dormitory, later it housed a soap plant, a shoe factory and a cut stone factory. Revival of  Trinity Church began in 1992 at the moment it was handed over  to the Arkhangelsk episcopate. Starting in 1994, church services began to be held here regularly. Today since reconstruction, Trinity Church looks the same as it did in the end of the 19th century. The last rector Archpriest before it was closed, Nicolay Rodimov,  was canonized in sainthood to honor the faith of those who suffered.