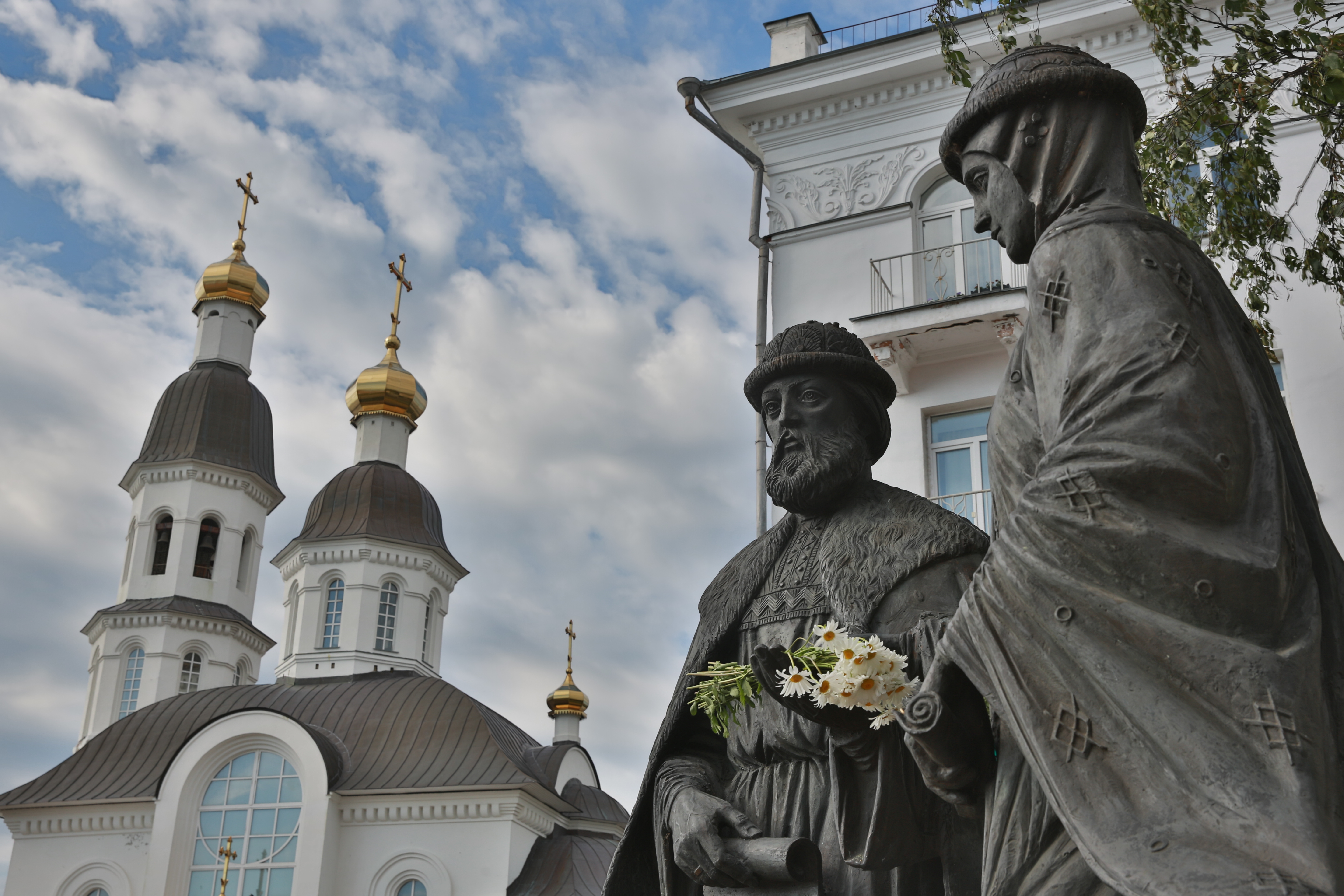 For several years already the gold-plated domes of the newly built Church of Assumption have been shining on Northern Dvina embankment, at the entrance to Loginov str. Prior to the Revolution a church stood on this place as well. It was famous for its “falling” bell tower, which tipped several degrees because of soil erosion. They managed to straighten the bell tower, but in 1930 both the bell tower and the church were destroyed. The place remained unbuilt and by the 21st century construction of a new church began. In 2008, it was blessed on the Day of Assumption. The Church of Assumption is decorated in a modern fresco technique by icon-painters from the Antonievo-Siysky monastery. Sergey Egorov and Igor Lapin have applied Byzantian traditions as the basis for their paintings. But the main sanctity in the church is a Miracle-worker icon of the Assumption of the Mother Mary. For several centuries it has been deeply revered by Arkhangelsk natives, after the destruction of the previous church, it  miraculously survived and has now assumed its place in the new church.