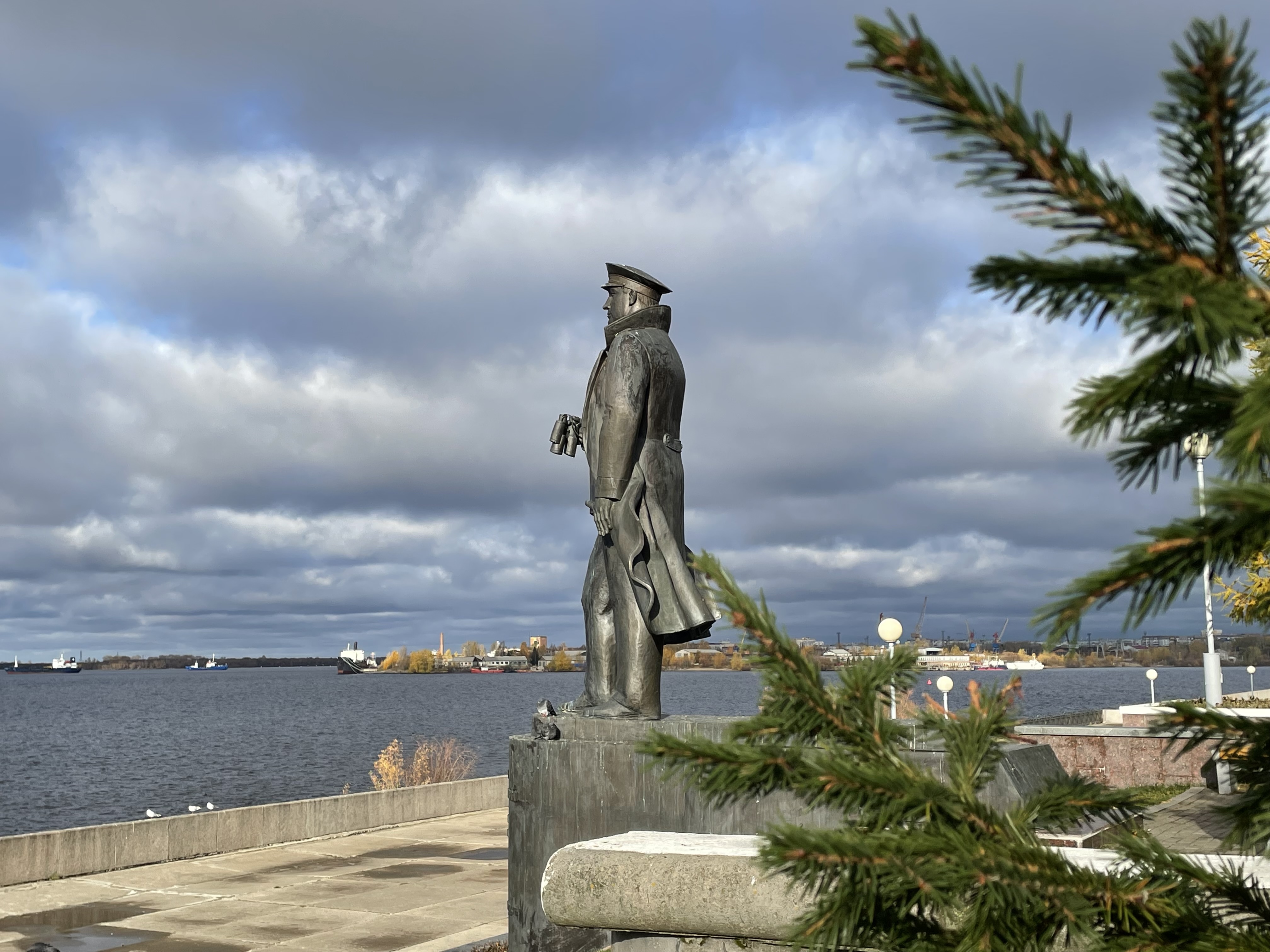 This memorial is facing the Northern Dvina, a fact which is very symbolic, as Nikolay Gerasimovich Kuznetsov devoted his whole life to the sea. The pedestal bears the words that became the Admiral's motto: “I take responsibility upon myself”. The Admiral of the Soviet Fleet, the Hero of the Soviet Union Nikolay Gerasimovich Kuznetsov (1904-1974) was born in a peasant family in the village Medvedki in what is now the Kotlas district of the Arkhangelsk region. He was a person with a amazing destiny: at the age of 15 he began his service in the fleet, by the age of 25, he was already a captain, and at the age of 34 – he was the People's Commissar of the Navy. During the war N.G. Kuznetsov headed the fleet and was a member of the Supreme High Command General Headquarters. He was in Arkhangelsk many times and signed the order to create the White Sea Flotilla. This monument was made possible thanks to donations made by businesses and residents in the Arkhangelsk region in honor of the compatriot – the legendary sea captain.