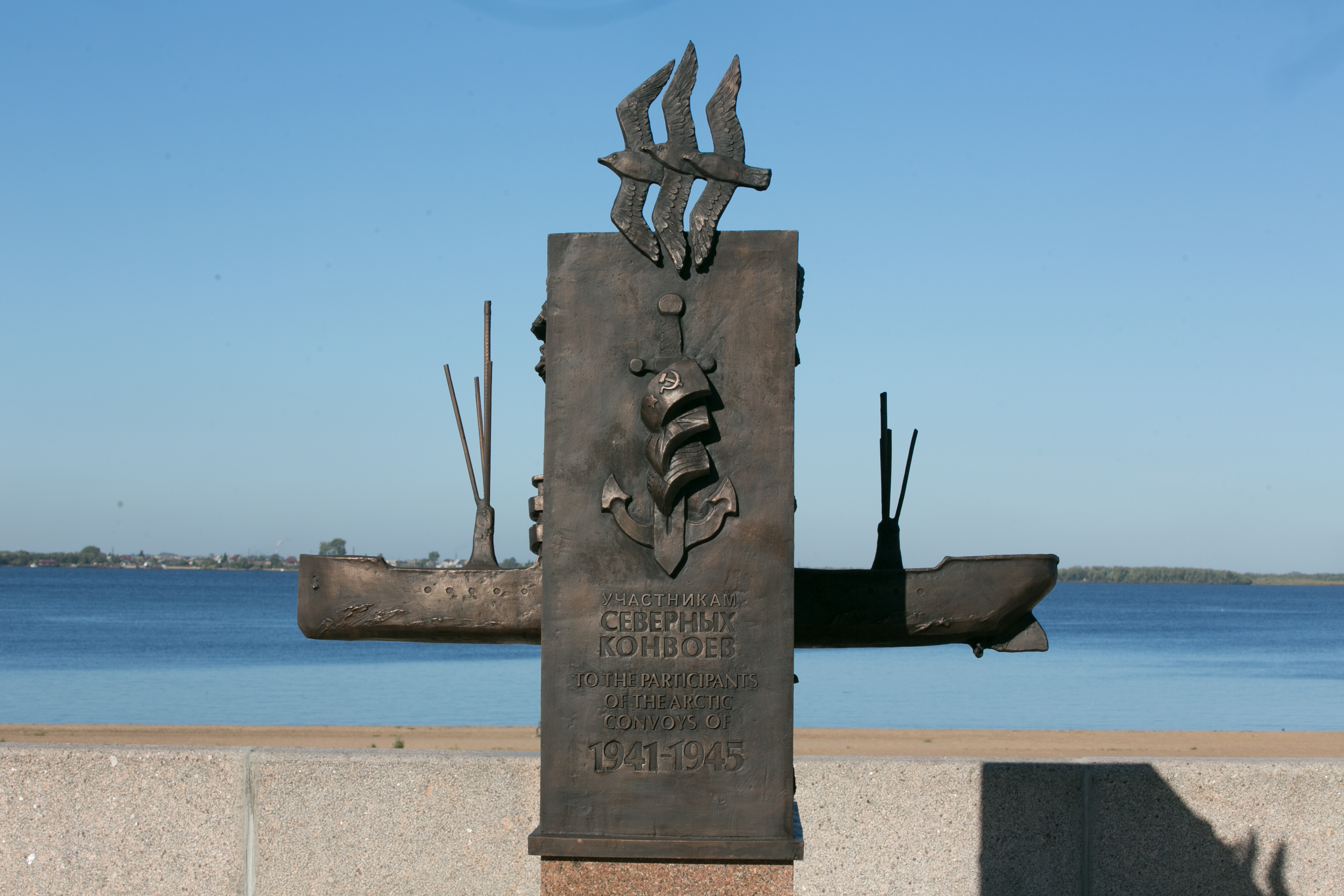 The monument to the Arctic Convoys of 1941-1945 was installed on the Northern Dvina Embankment in Arkhangelsk in August, 2015.
During wartime, countries of the anti-Hitler coalition provided material assistance to the Soviet Union in their joint struggle against Nazi Germany. On August 31, 1941, the first convoy, codenamed as Dervish, arrived in Arkhangelsk from the UK. It consisted of seven vessels, escorted by military ships.
Within WWII, 76 polar convoys consisting of more than 1480 vessels made the treacherous voyage to and from the Arctic ports; 78 vessels were sunk, taking the lives of thousands of sailors.
The author of the monument is Sergei Syukhin, the famous Arkhangelsk sculptor and Honored Artist of the Russian Federation.
The initiative to install the monument belongs to the participants of the Arctic Convoys and the veterans of the Northern Shipping Company.