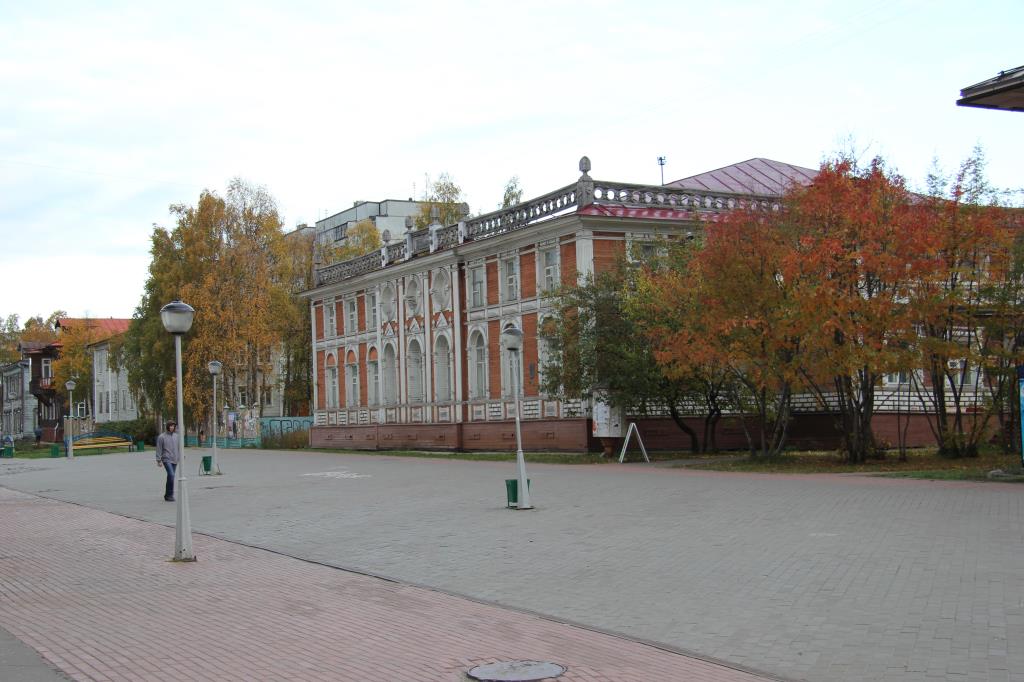 This building stood in Nemetskaya sloboda and was considered to be the most prestigious public building in pre-revolutionary Arkhangelsk. It was transferred to “Chumbarovka” due to Troitsky prospect being broadened and a desire to preserve this architectural monument.
The main room was a hall with enough space to hold “150 dancing couples and an orchestra” and  lodgings to accommodate 200 people. In total the building could hold up to 1500 people. In 1914 the building was revamped to make way for a hospital to treat the wounded in the World War I. In February, 1918 it housed the Congress of Labor Soviets, military and peasant delegates from which Soviet power in the North was proclaimed. Today, we are reminded of this by a memorial plaque. In 1920 the Red Army theater was opened here, then the Youth theater, the Officers’ house and many other organizations. Ever since it was transferred to Chumbarov-Luchinsky prospect the Regional Office of the Russian National Historical and Cultural Heritage Protection Association has been housed here. In Arkhangelsk this build is now called the “Marfin House” in honor of its former owner, Marfa Ivanovna Menshikova the Executive Secretary of the Association Office”.