1. Household, lifestyle and culture of the Northern village. 16th – 17th centuries
The exposition tells about northerners’ lifestyle, introduces facts about the development of salt making and sea fishing, exploration of Siberia by Pomors, the role of the parish church in the peasant community life.

2. Towns and Settlements of the Russian North. 16th–17th centuries
The exposition introduces the history of towns and settlements in Pomorland, development of smith and stonemason crafts, bone-carving and icon painting. The significant part of the exposition is devoted to the role of Arkhangelsk as the only international trading port of the Russian state in the 17th century.

4. Arkhangelsk — the First Gate of the Russian State
This part of the permanent historical exposition tells about the remarkable history of Arkhangelsk, “the pearl of the Russian state” in the period of the international trade bloom.
This section of the exposition focuses on the interior life of the Arkhangelsk port, history of the local trade fair, twists and turns of foreign merchants’ stay in Arkhangelsk, the first visits of Peter I to the town, sailing and adventures at sea, foundation of the ship-building yard and launching the first ships.

5. The Arkhangelsk North during the first third of the 18th century. Reforms of Peter I and the Great Northern War
This complex part of the exposition is devoted to the epoch of Peter I and defense of the northern borders of the Russian state.

6. Memorial Room of Mikhail Lomonosov
This museum space serves as the promotion place of Mikhail Lomonosov’s scientific ideas and life journey. In the basis of this project is the integral connection of the Russian North notion and the name of the Great Scientist as well as the relevance of his ideas today.
The exposition features the authentic materials that characterise Lomonosov’s work in numerous directions: here you will find collections of scientific devices and equipment of the natural history laboratory of the 18th–19th centuries, household items and other objects of that time related to the life and work of our famous countryman.
The central exhibits of the exposition are the model of Lomonosov’s chemical laboratory and the books devoted to him. 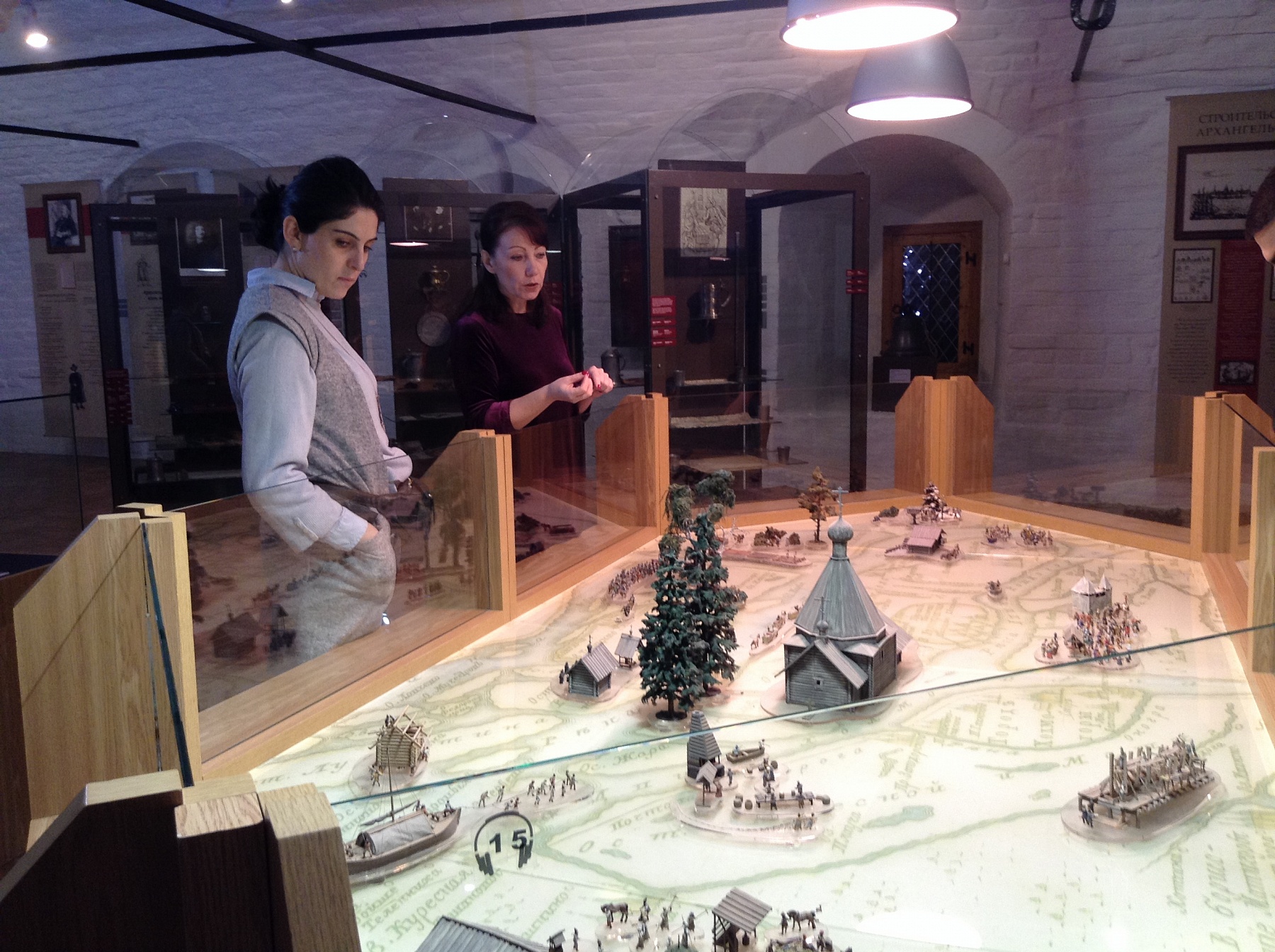