On November 2, 2020, a new monument was unveiled in Arkhangelsk.

A ceremony was held to unveil a monument to Academician Nikolai Lavyorov and open a new research and laboratory wing at the Federal Center for Integrated Arctic Research of the Ural Branch of the Russian Academy of Sciences. The ceremony was attended by Russian Minister of Science and Higher Education Valery Falkov who was in the region on a working visit, Arkhangelsk Region Governor Alexander Tsybulsky, Chair of the regional legislature Yekaterina Prokopyeva, Arkhangelsk Mayor Dmitrii Morev, and representatives of the academic community.

“We are unveiling a monument to Nikolai Lavyorov during this difficult time, when Russian science is facing challenges in Arctic research, and everything Arctic-related is symbolic. Today, Russian science is focusing on the Arctic, and Arkhangelsk Region scientists are making a significant contribution to its development,” Valery Falkov noted.

The monument to Academician Nikolai Lavyorov was put up under the initiative of the Arkhangelsk Region government and the interregional public Lomonosov Foundation. It was sculpted by artist Vitoria Tishchenko.

“This monument is not just a way to immortalize a great scientist but it is also a way to confirm historical accuracy. Nikolai Lavyorov is a global figure. It is largely due to him that we are opening a new research center today: he did a lot for the Arkhangelsk Region to become a scientific center to study the Arctic,” Alexander Tsybulsky noted in his remarks. 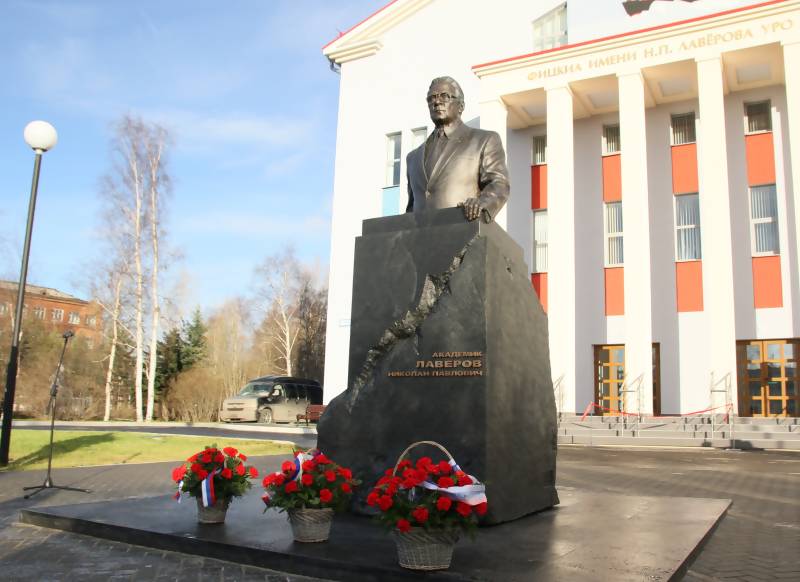